Guided tours in the Eixample

Experience the sights in the district of Modernisme

More about the Eixample

Would you like to find out more about Eixample, its history and its sights? Go directly to our Eixample page.

The Eixample district is one of the larger districts of Barcelona. Because of this, it is often necessary to cover greater distances during the tours. This is usually done with the metro or a vehicle.

Eixample is also the district of Modernisme, Catalan Art Nouveau. Here you will find countless famous buildings from this style-defining epoch: Casa Milà, Casa Batlló, Casa Amatller, Casa de les Punxes, to name just a few. Not to forget the Sagrada Familia, which is not a monument of modernism, but should not be missing on any Eixample tour.

The guided tours in the Eixample

Evening Walking Tour in the Gaudi Area with Tapas 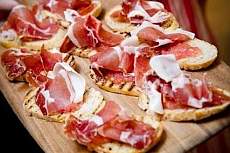 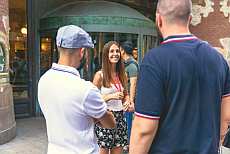 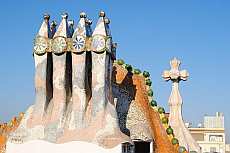 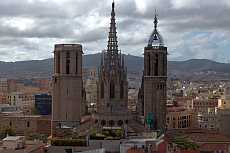 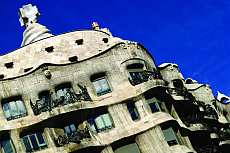 In the city tours described above you will also find a number of private tours where the guide is there exclusively for you and your group. If in other parts of the city the journey is often the destination, the distances are greater here. It is therefore usually not a pure walking tour that takes place in Eixample. Although you selectively head for the most important sights, you will still learn a lot about the district, its history and how the striking, chessboard-like floor plan came about.

Why book an Eixample tour

If you have already visited the Gothic Quarter, the contrasts between these two parts of the city will immediately catch your eye. Here narrow, winding streets, there wide, straight streets in a precise geometric pattern. When this district came into being, there was a lot of space in the Eixample and property prices were low. The most famous architects of that era - Gaudí, Domènech i Montaner and Puig i Cadafalch - could "let off steam" almost to their heart's content.

Experience these monuments, you will be amazed. Many tours also visit Park Güell or other neighboring neighborhoods, so you'll experience a stark contrast.