The district with the long name "Sant Pere, Santa Caterina i la Ribera" consists of three districts: Sant Pere in the upper part, Santa Caterina in the middle and Ribera down to the port side. "La Ribera" is more common locally under the name "El Born".

La Ribera is located between the four-lane street Via Leietana on the western side and the Passeig de Picasso or the zoo on the eastern side. To the north, the straight line c/ Princesa and south of the harbor form the boundaries of the district. Like the Gothic District, it has the charm of medieval alleys and squares.

At the time of its founding, the sea reached the point where today the church Santa Maria del Mar is located, so back then the church was built directly by the sea.

The central boulevard c/ Montcada was not created during the centuries by gradual population growth, but the road and the surrounding countryside was a gift of Count Ramon Berenguer IV to the merchant Guillem Ramon de Montcada in 1148. The people settled in the new settlement Vilanove de Mar down in front of the city walls of Barcelona.

La Ribera became the richest part of the city in the early 13th century. The Carrer de Montcada, which runs through the district, was the residence of many well-to-do craftsmen and businessmen, who engaged in a lively trade with the entire then known world. Even today, you can see gothic and baroque villas in this once noblest street. The Picasso Museum is now in one of these palaces. Around the c/ Montcada craftsmen of various guilds settled, the street names still bear their names today.

At the beginning of its heyday, the La Llotja Stock Exchange was founded in Ribera in 1392. It is the first trading exchange in Europe.

In the 18th century, a part of Ribera had to give way to the citadel, the trading center shifted to Port Vell. La Ribera experienced a decline until the early 1990s. But today La Ribera or El Born is a trediges district with many trendy pubs, restaurants and bars. The Borne offers an attractive alternative to the shopping areas around Plaza Catalunya. A funky neighborhood in the midst of a great medieval backdrop.

The Santa Maria del mar is one of the most impressive churches in Barcelona. As one of Barcelona's landmarks, it appears like a fortress in the middle of the old town with its monumental towers. It was built in the 14th century in the style of the Catalan Gothic. Especially worth seeing is the interior of the Santa Maria del Mar. There, a remarkable church hall opens up.

The bestseller "The Cathedral of the Sea" by Ildefonso Falcones refers to the construction of this cathedral.

The Old Market "El Born" used to be the wholesale market of Barcelona from the middle / end of the 19th century. The impressive iron structure is located in the center of the neighborhood, near the Rambla del Borne. Underneath the building historical evidence of the city was found, which is why the market hall was reconstructed. Today a cultural centre is located in the building.

The Central Market Hall de Santa Caterina, built in 1848, was redesigned in 2005 by Enric Miralles, one of the most important modernist architects in Barcelona.

He developed a stunning roof area of the market hall, which can be seen from afar thanks to its colorful colors and unique wave-like construction. 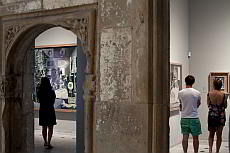 Picasso's success story began in Barcelona, but the museum was founded rather late. 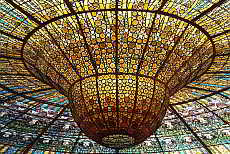 The Palau de la Musica Catalana, on the UNESCO list of world cultural heritage, is an impressive concert hall. The construction is the splendour Catalan Art Nouveau (Modernism). 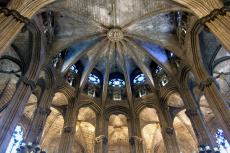 The Santa Maria del Mar is a valuable tip for your Barcelona visit. The church is one of Barcelona's landmarks. 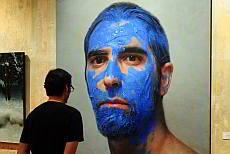 The MEAM - Museu Europeu d'Art Modern - offers impressive arts. The museum was opened in 2011 in the wonderfully restored Palau Gomis. In changing exhibitions it shows first class art collections from the 20. and 21. century. You can also visit concerts at MEAM. 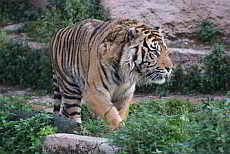 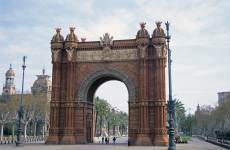 Built of red bricks in the New Moorish style, the Arc de Triomf rises majestically at the end of the Passeig Lluís Companys. The triumphal arch was built as an entrance to the 1888 World's Fair. 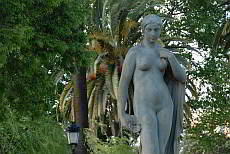 The Parc de la Ciutadella is one of the largest parks in Barcelona and invites for idyllic strolls, boat trips in the large lake and picknicks. It forms the eastern boundary of El Born. 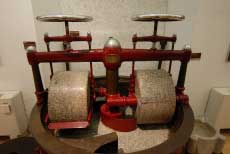 The Chocolate Museum Museu de la Xocolata is located on the edge of the Borne district. It tells the European history of chocolate from the 16th century, when it was brought to Europe by the Spanish conquerors until today.

The Stock Exchange La Llotja
At the heyday of Ribera from the beginning of the 14th century, the stock exchange was built between 1380 and 1392. It is the oldest trading exchange in Europe. The trading hall is an example of Gothic, it is still preserved today. Over the centuries, the building has been extended and rebuilt, most recently the facades in the classical style. The Casa La Llotja is located on the Pla de Palau. The European history of chocolate from the 16th century, when it was brought to Europe by the Spanish conquerors until today.

Going out in El Born
El Born is a neighborhood full of bars, restaurants and clubs. You can start a pub crawl from the Jaume I metro station and walk along the c/ Argenteria to Santa Maria del Mar. Then right past the church to Passeig del Born to the Mercat del Born, a historic market hall.